International Women’s Day is being celebrated throughout Bedford Borough, from an all-female line-up at the Third Place, to a round table discussion about gender imbalance hosted by Rogan’s Books. 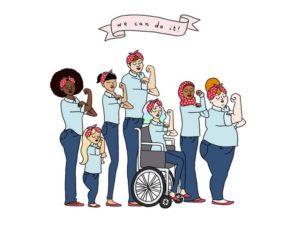 The Feline Assembly, is dedicated to levelling the playing field among DJs and performers in Bedford.  They run regular nights at the Third Place and tonight’s International Women’s Day celebration features performers and DJs from 7.30pm.

“We wanted women to come together, so we have formed the Feline Assembly to promote events that will give women the scope to participate in music,” said co-founder, Zoe Stafford.

“The Third Place is already recognised as a showcase for local DJs and we now want to make the venue more accessible to get women involved,” said fellow co-founder and Third Place owner, Jess Griffiths.

Sue Miller has been passionate about the Bedford music scene for over 40 years and is the third founding member of Feline Assembly. “Everyone has a part to play in changing the balance of gender within music. The future is exciting, we must all think equal, build smart and innovate for change.”

T0 get things kick started, Women of Bedford are hosting a breakfast round table discussion at Bedford Heights today to focus on this year’s campaign theme #balanceforbetter.

Through the morning, business leaders and entrepreneurs in Bedford will discuss where we currently stand and how they can address gender imbalance in business leadership.

This continues the work of Women of Bedford- a volunteer group dedicated to celebrate the impact women have had on the Borough. 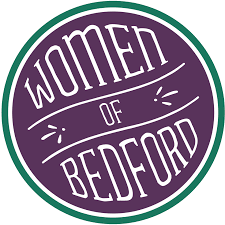 Their aim is to unveil the first statue in Bedford of a women, in a prominent position by the Butterfly Bridge on the Embankment. With 11 works of art in the Borough, none of these are of women. To recognise the vital role women have played in the history and shaping of Bedford, a statue of Amy Walmsley has been commissioned.

Women of Bedford have selected Amy Walmsley as “one of the town’s most passionate advocates of women’s equality – a strong and enigmatic woman who was head of the local school, a business leader, educationalist, suffragette and politician. Amy Walmsley deserves a place amongst the celebrated leaders in the town’s history”. Find out more at www.womenofbedford.org.uk.

And on May 9, journalist and Channel 4 News presenter, Cathy Newman will be talking about her book ‘Bloody Brilliant Women’ at Bedford Heights from 7.30pm – 9.30pm. Hosted by Rogan’s Books and chaired by journalist Jane Perrone, Cathy will be discussing how ‘Bloody Brilliant Women’ explores British women’s lives from the mid 19thcentury and celebrates pioneering women through this time. Tickets include a copy of the book and can be bought through Rogan’s Books.