Don’t be put off. Carry on reading!  Although Foster Hill Road Cemetery isn’t your run-of-the-mill “visitor attraction,” it is a vital part of Bedford’s history, a peaceful place where you can wander and wonder; a place to get your imagination going. But why are cemeteries fascinating?

Well, I guess that when you get older your memory harks back to things you found interesting when you were young. In my case, I remember that when I was about ten my father took me and a pair of shears for a walk to the village cemetery. My grandmother had been buried there not long before, now reunited with her husband after seven years of dementia. The grave was a neatly piled up mound, with a good growth of grass. From now on, it was my job to cut the grass and keep it tidy. I can’t remember how long I did this for, but probably only for a few years – after all, teenagers soon find other ways to spend time.

Anyway, after cutting the grass I would nose around the cemetery and, as children do, find things that grabbed my attention. Many graves had headstones, but not all-why not? Who was the oldest person buried here? Did anyone reach 100? Which was the first burial here? Why did people seem to die at such a young age? Why did some people have metal memorials whereas most were stone, and why did most have nothing at all? Who chose the inscriptions and were they accurate? 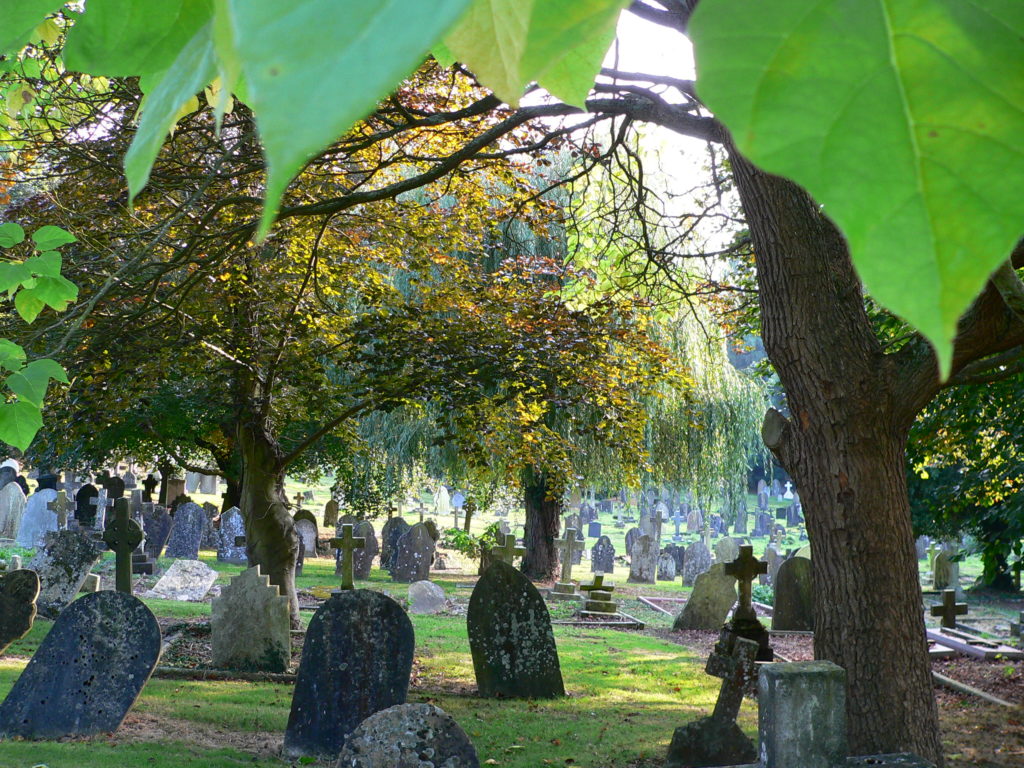 And best of all were the names; friends at school were named John or Michael, Jane or Sarah. Sensible names. But these old people had mysterious names like Nathaniel, Gobnail, Amos or Job. Then there were the women, lots of Elizabeths, but also Marthas, Bathshebas and best of all, Hephzibah. I imagined what these people were like. The men had mutton chop whiskers, were stern and religious. Everything was in black and white. None had a sense of humour. The women were quiet and did as they were told. Hephzibah was tall, with long brown hair, long dresses, and probably died in childbirth. Why had she married someone much older than herself? Oh yes, just the names got the imagination going.

Fifty-five years later, I sometimes go back to that cemetery, to my parents’ grave (the headstone reads “sweethearts reunited”) but I can’t remember exactly where my grandparents are buried. There’s an open space of flat grass, but no memorial, so anyone wandering past has no idea of who is buried there, or what they were like. Lost, as if they had never been. In fact both had eventful lives, in very different ways.

Over 100,000 people are buried in Bedford cemetery; they were good or bad or something in between, they were kind or cruel, sadly missed or forgotten as soon as they went into the ground. They all had some kind of a story to tell, but we will never know the truth about most of them. As an old saying goes: “When someone dies, a book is burnt.” 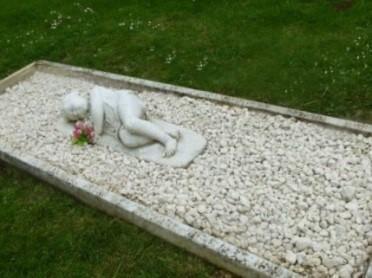 If you walk through the main pathway you pass the graves of a murder victim, a Waterloo veteran, Alan Turing’s aunt, an Irish hero, the Scots soldiers who invaded Bedford in 1914 and a very English messiah. Did you know all that?

My favourite memorial reads “A quiet kind man, who told a good tale, loved a joke, and lit up our lives.”

And when I see Hephzibah’s stone, I still see a tall enigmatic Victorian lady with long brown hair, and no-one can tell me I’m wrong.

Join one of our guided walks this summer to learn more about some of the stories behind the headstones, and perhaps even become a volunteer to help look after your local mid-Victorian gothic cemetery. 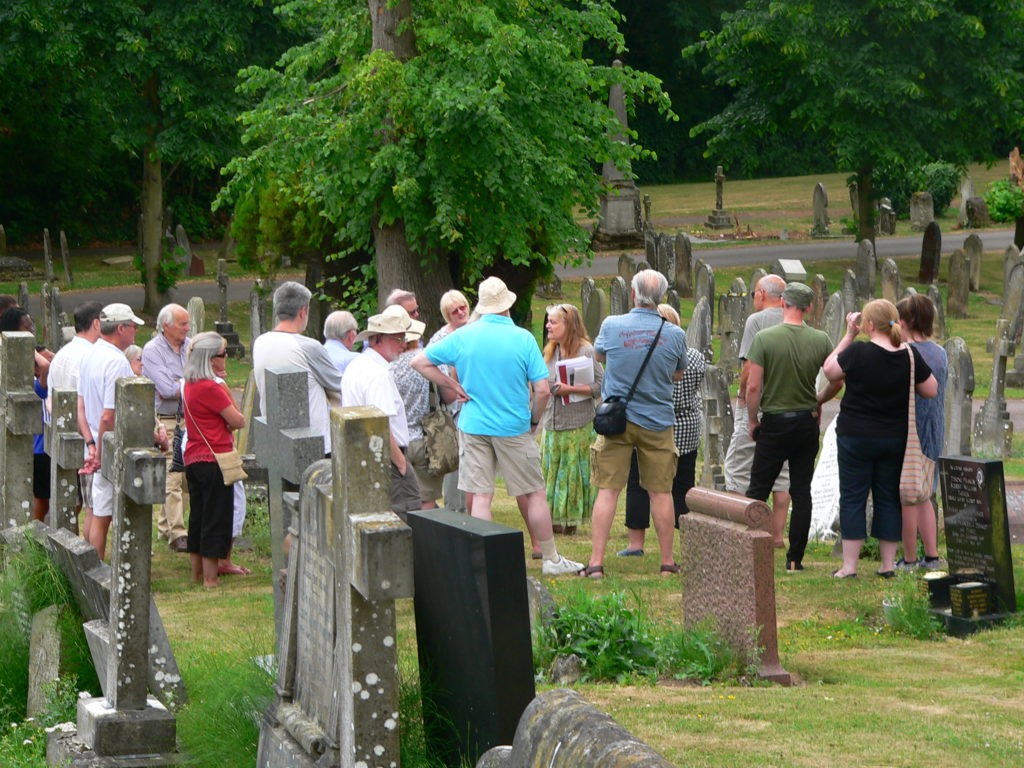