Sunday 5 May saw nearly 4000 visitors enjoy the first event of the 2019 Shuttleworth airshow season, with crowd favourites from The Collection and some visiting ‘firsts’ at Old Warden. The show’s theme included a segment focusing on aircraft that served in Vietnam. 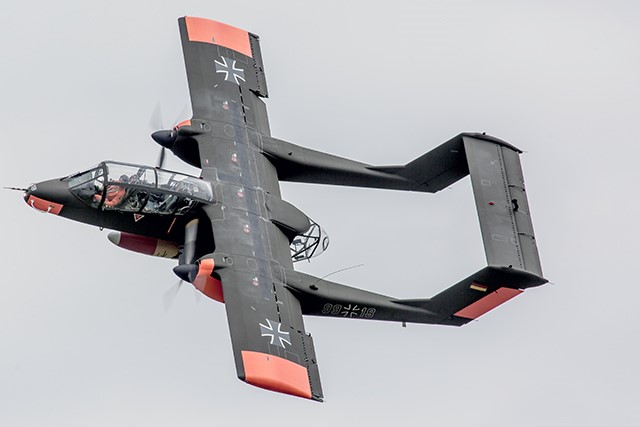 The Catalina flying boat ‘Miss Pickup’, a display favourite, landed in for the first time, allowing visitors on board to look around, as did the Aces High Dakota, both of which proved very popular with visitors.

Other visiting aircraft included the distinctive sounding Bell Huey helicopter and a Bell 47 helicopter G-MASH. The anticipated Westland Lysander pairing was unable to take place due when the Aircraft Restoration Company aircraft was unable to attend, but with many, more dates on the calendar will be a highlight later in the season. Four of The Collection’s WWI aircraft took to the skies and with the wind a little too much for the early Edwardian aircraft the appearance of the 1930’s DH88 Comet racer and Mew Gull delighted the crowd.

Featured vehicles included a Dodge Ambulance and Jeeps, with the highlight of the veteran vehicle parade being the 1898 Panhard Levassor owned by Richard Shuttleworth, Shuttleworth’s entry in this year’s London to Brighton run.

Visitors enjoyed exploring The House and Swiss Garden, with many making a trip on the popular vintage buses. Children’s activities included making aircraft models with Brampton IPMS and Airfix, Pebble painting, and experimenting with a wind tunnel from Space and Time learning. For all Sunday shows throughout the year, a free Shuttle bus is running between Biggleswade train station and the aerodrome, see the website for details.

The next show is an evening display on Saturday 18 May – click here for event information.