Meet Demelza Palmer, a second year British Wildlife Conservation student at the Royal Agricultural University who is currently with us at Stotfold Mill and Nature Reserve on work experience as part of her university course. Here’s a snapshot of what Damelza has been up to. 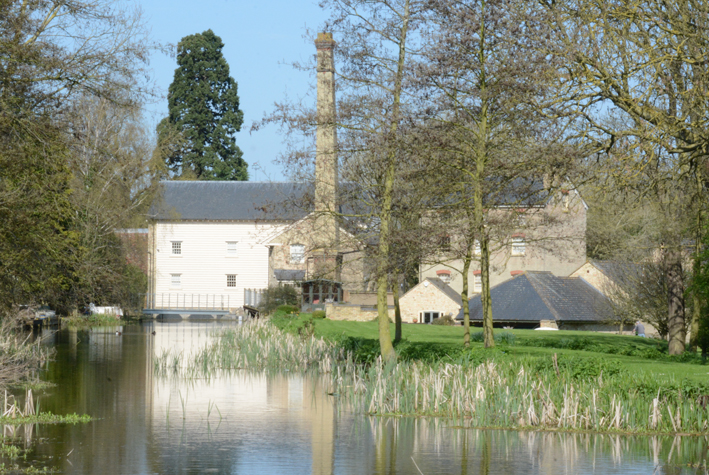 When I first heard that as a part of my university course I would have to complete a period of work experience my mind immediately filled with ideas of a month spent improving my identification skills, and being “at one with nature”. After just one week working at Stotfold Mill and Nature Reserve I have not been disappointed.

My first day at the mill was so rich in wildlife that it felt as though it had been specially orchestrated to welcome me! I arrived at the mill in the morning, enthusiastically early for my first day, and was greeted by a fantastic display by the kingfishers swooping over the water as I stood at the bridge opposite the mill watching the river. The excitement did not end there! As I walked through the second meadow I stopped practically every step to look at a butterfly or other insect, and was impressed by the raucous, chirping song of the grasshoppers, rising up from the grass either side of the path. I have since managed to get a good look at a number of varieties of grasshopper in the meadow but on my first visit was distracted by my mission to take a photo of one of the many species of butterflies that were fluttering about over the medley of wildflowers. A mission that a week on, still evades me…

As I walked further into the reserve towards the hide I stopped to admire the swans with their cygnets and the ducks with their ducklings. I attempted to coax the ducklings over with some persuasive quacks but this seemed to deter them more than attract them. I had much better luck with the bird hide, where over the course of the week I have seen kingfishers, moorhens, woodpeckers, willow tits, and many more.

After an interlude in the bird hide, I trotted on my way along the winding paths until I arrived at what has since become my personal favourite spot on the reserve. Although I’ve been told by long standing mill volunteers that the pool at this spot is called “the scorpion pond” on account of the water scorpions that have been found there, I can’t seem to shake from my head my name for it. So to me it continues to be referred to as “the dragonfly pool”. While I have always been fascinated by these stunning jewel toned creatures, I have never had much opportunity to observe them in their natural habitat. As a result of this, in my first week I spent many a happy afternoon settled in the grass watching the dragonflies and damselflies darting over the water. There are only 57 recorded species of Odonata (dragonflies and damselflies) in Britain, since being at the mill I have seen three different species of dragonfly and even more different species of damselfly at this pool alone! Perhaps it is the biologist in me, but I have found this to be an exciting and enjoyable way of expanding my knowledge of this mysterious and beautiful group of insects.

Overall I believe my first week at Stotfold mill and nature reserve has been hugely successful! I’ve had ample opportunities to meet new and interesting people amongst my fellow volunteers, but also (and perhaps more relevant to my degree!) I have been able to immerse myself in nature and have experienced a number of magical moments by coming in closer contact with Britain’s wildlife than I have anywhere else. Through speaking to local people I have met on the reserve I’ve realised that Stotfold nature reserve has become a sanctuary not only for plants, insects, and animals but for humans too. And I’m sure many frequenters of the reserve will agree with the Gerard Manley Hopkins quote that I always find myself thinking of in the rich diversity of the reserve, “Long live the weeds and the wilderness yet”!