BedPop Fun Palaces, Fiver Fest and the Bedford Beer Festival are all back – just three great reasons to head into Bedford this weekend for brilliant events, bargains and beers galore. 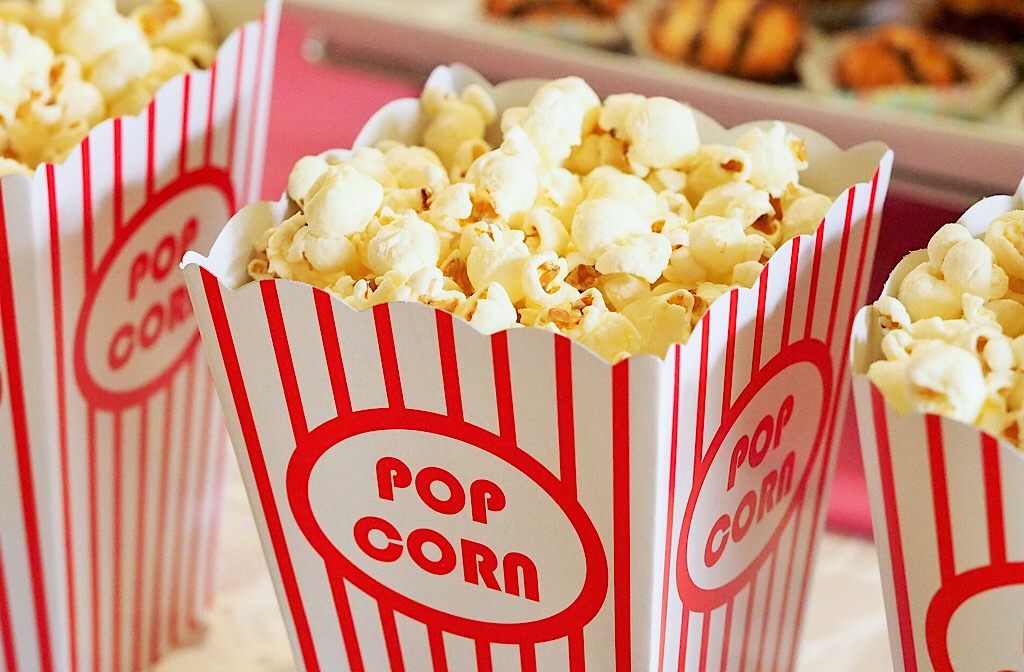 It’s the first Friday of the month, so there’s lots going on at Great Denham Community Hall.

The community children’s cinema is at 3pm and entrances is just £1.50 which includes popcorn/sweets and a drink.

At 8.30pm it’s Dom’s Quiz night. It costs £3 per person with a max team size of 10. Now, if only there was a third thing then it would be like a genie giving you 3 wishes… (we suspect this is a cunning clue to help you work out what Friday’s film is…) 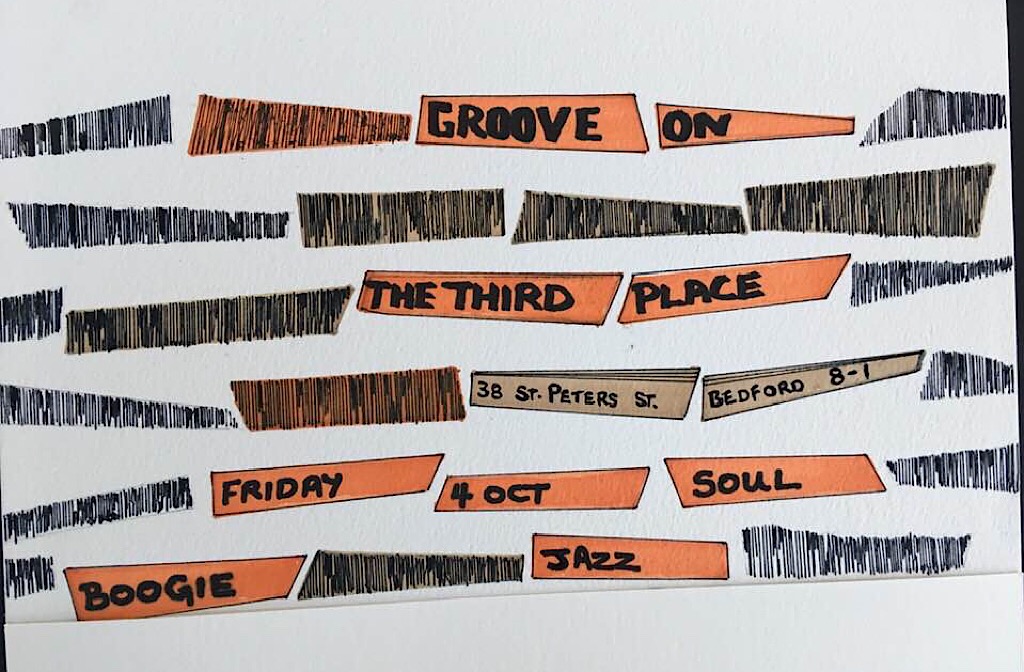 Get down to the Third Place on St Peter’s Street this Friday, for an eclectic mix of jazz, disco, Afro- Brazilian and rare grooves with Robert Gipson on the decks. Entry free. 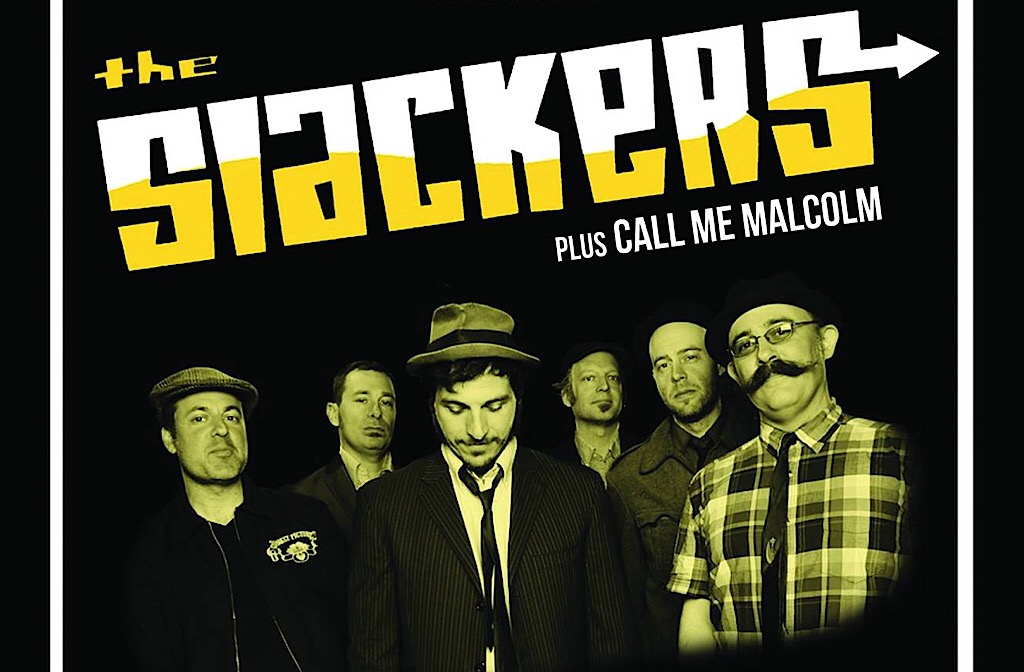 The Slackersare self styled masters of Reggae, Ska and Rock’n’Roll from New York City and they’re at Esquires this Friday night. 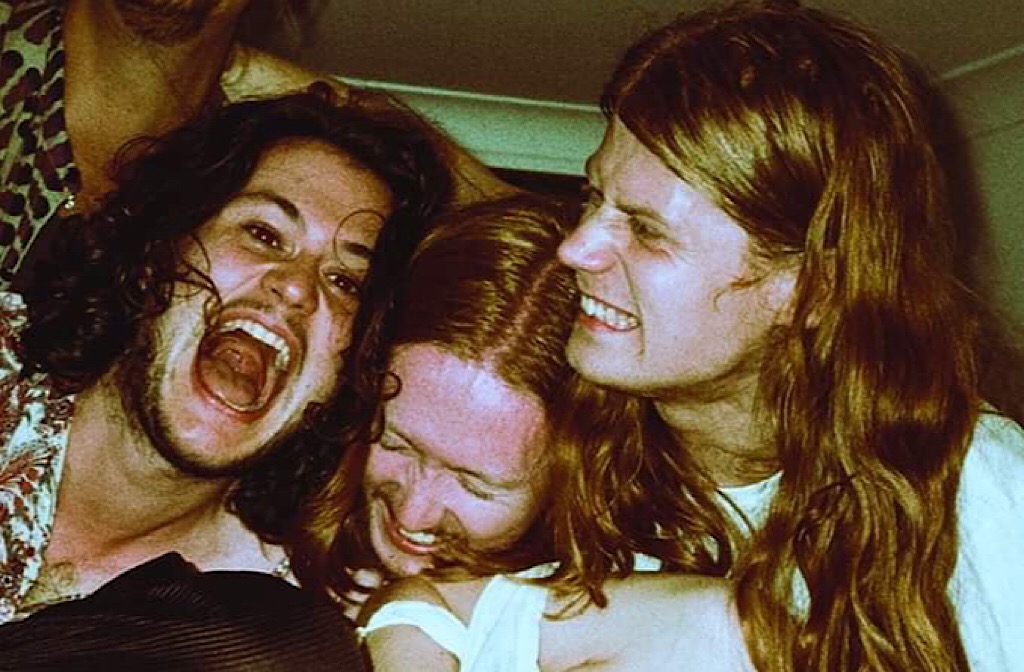 MarthaGunn are coming to Bedford Esquires as part of their autumn tour.

The five piece band formed in Brighton and are named after historic Brighton heroine “The Priestess of The Bath”. Drawing from the bandmates’ various influences, MarthaGunn are mining an eclectic mix of the 70s, indie-rock and classically-tinged pop music. 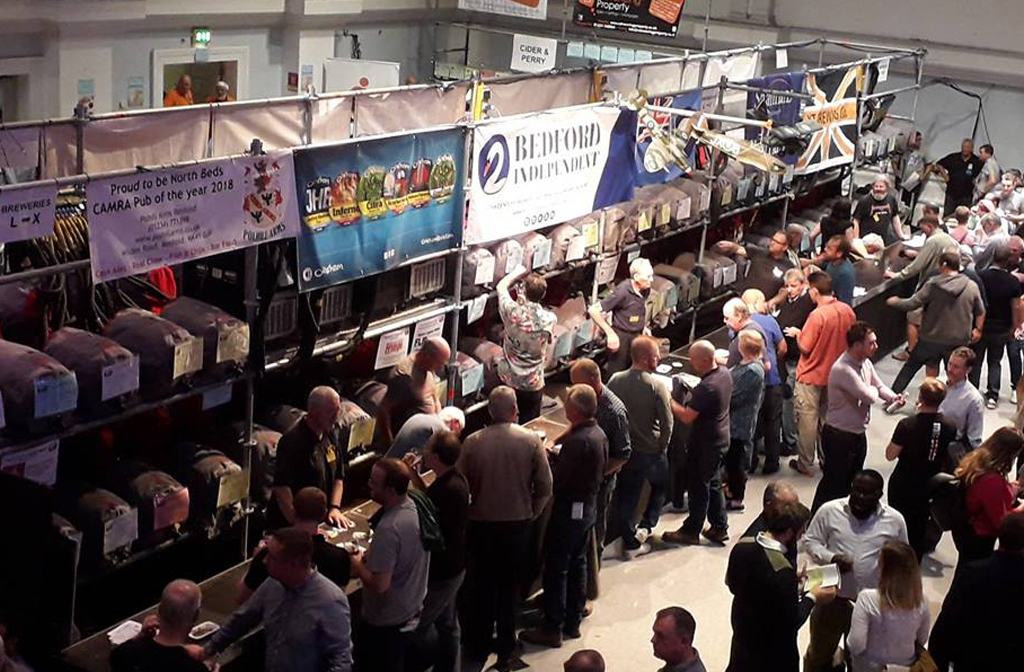 The 42nd Bedford Beer Festivaltakes place at the Corn Exchange until Saturday.

Around 140 cask ales and about 50 ciders and perries will be available in the main hall, plus imported draught and bottled international beers from Europe and the USA. 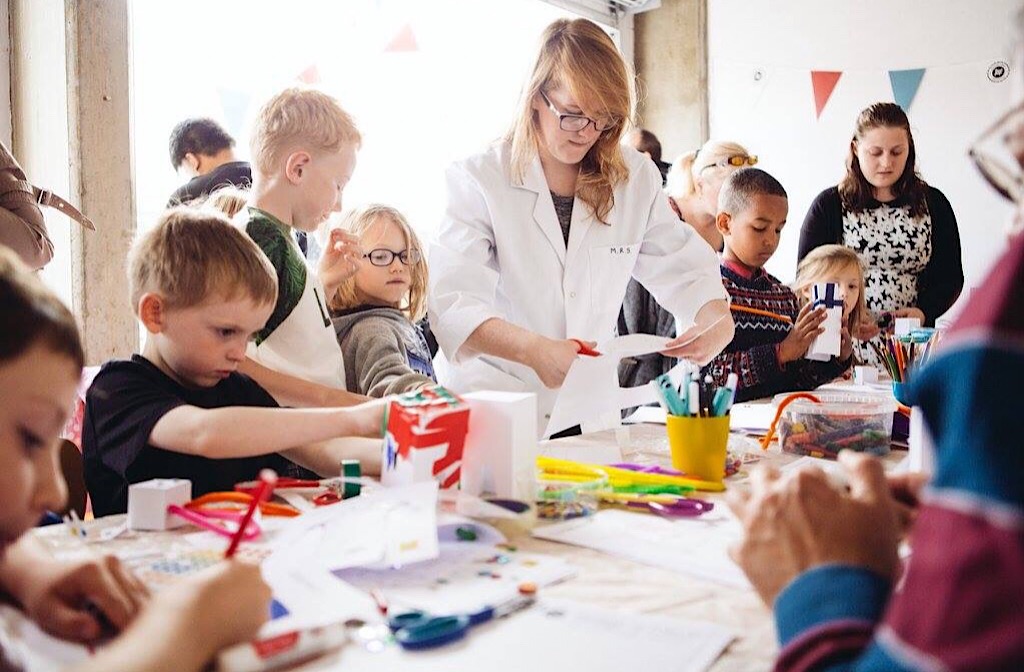 Fun Palaces are back for their fifth year in Bedford and if you’ve never heard of them before, they’re a celebration of art, culture and science, with dozens of FREE events taking place throughout the town centre.

Head to the Higgins Bedford, Panacea Musuem, John Bunyan Musuem and Bedford Central Library for a wealth of challenges, workshops, demonstrations and more – all completely free.

You can download the full programme with timings and addresses of all venues and read more about Fun Palaces here. 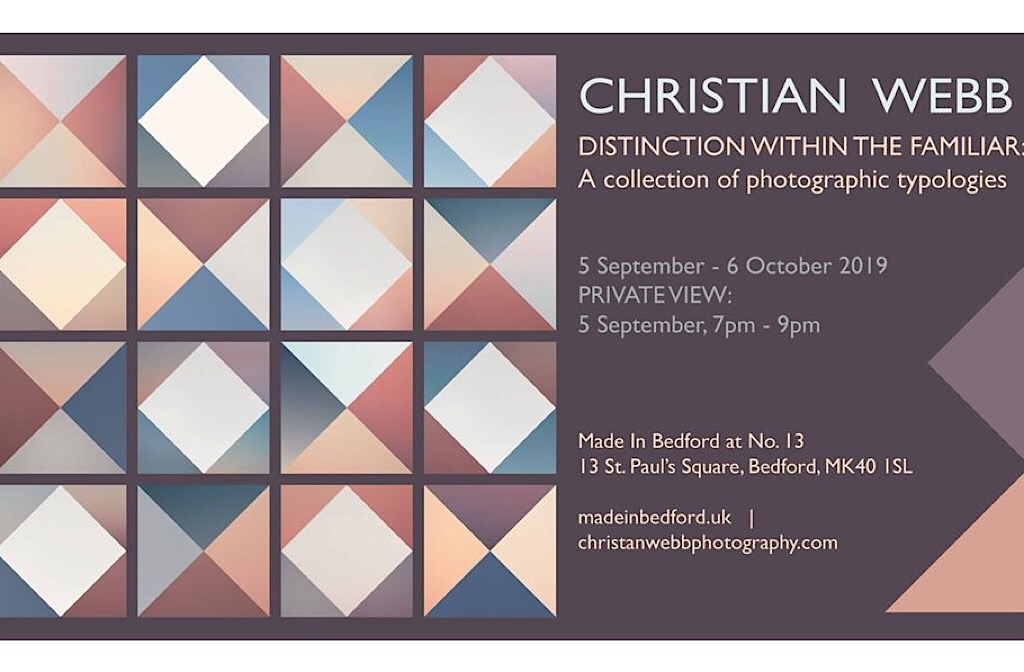 This weekend is the last chance to see Christian Webb’s Distinction Within the Familiar photography exhibition at Made in Bedford at Number 13. While you’re there, why not pick up some locally made and designed products or treat yourself to a vegan breakfast/brunch/lunch/cake… 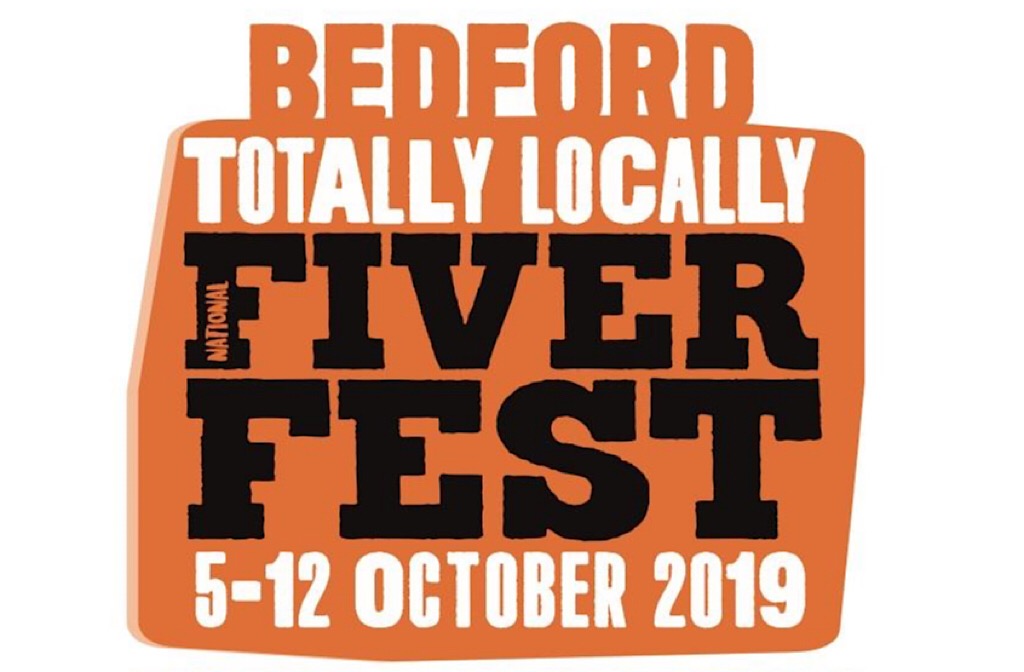 Fiver Fest is back! There are a whopping 186 £5 deals at over 100 of Bedford’s independent shops and businesses, including so many food offers we might change the name to Fiver Feast! This is the perfect opportunity to support your fave #bedfordindies and to check out those businesses that you haven’t tried before. Happy shopping! 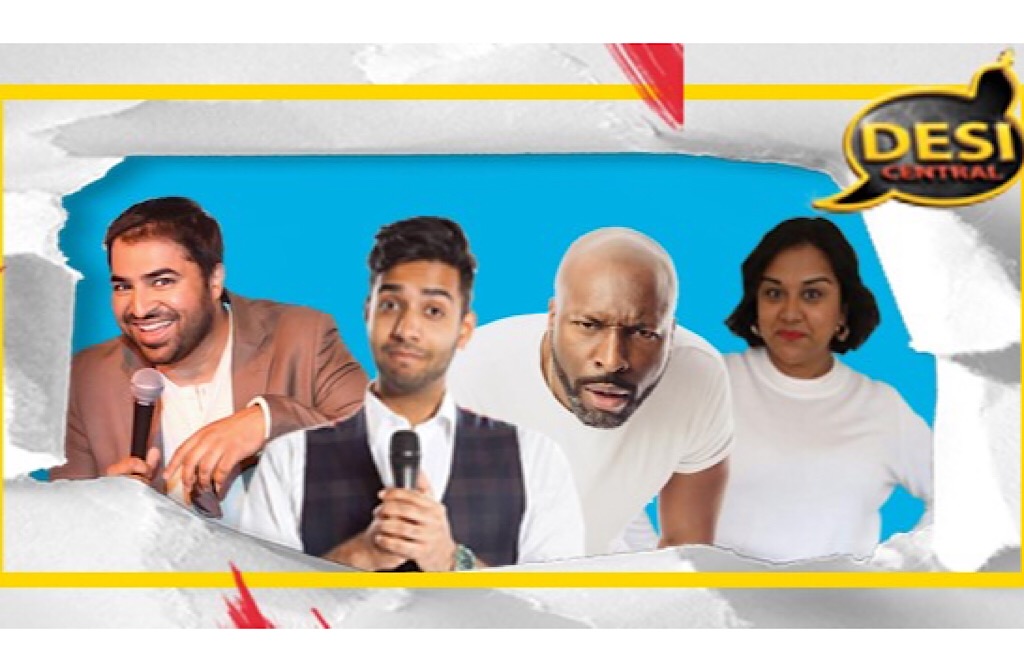 Desi Central is back at the Quarry Theatre this Saturday with another amazing line-up and night of nothing but laughter with Aatif Nawaz, Kiran Morjaria, Kane Brown & Sukh Ojla. 7.30pm Tickets: £17.50 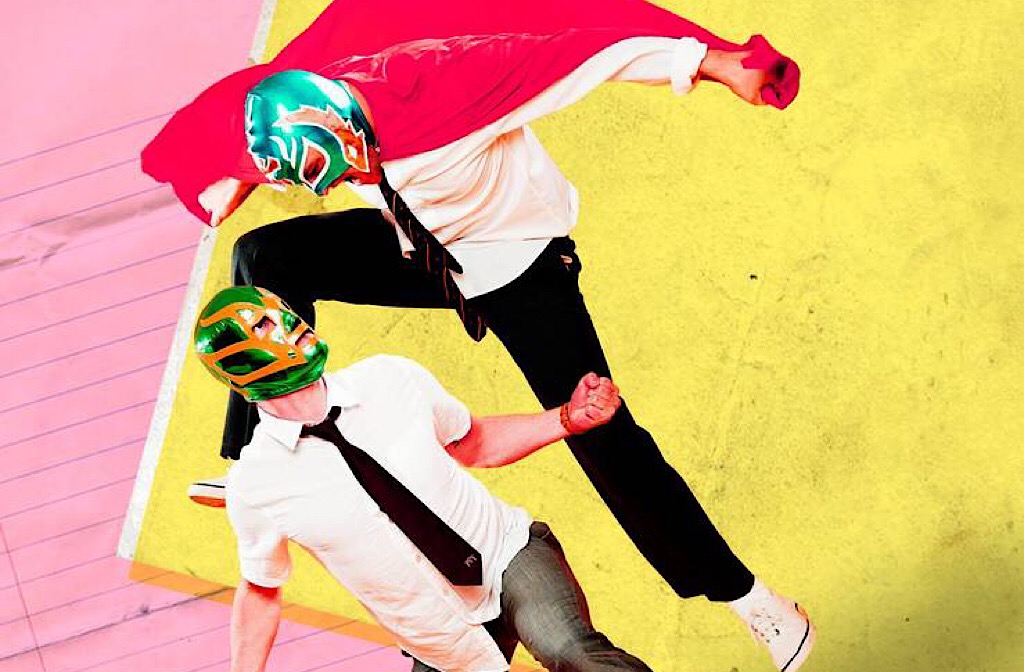 The unmissable, Fringe First Award-winning show, Square Go, from Kieran Hurley and Gary McNair, featuring an original soundtrack by members of Frightened Rabbit is at the Place Theatre this Saturday.

Max is a normal-ish kid in a normal-ish town. He spends his days daydreaming and hanging out with his weird wee pal Stevie Nimmo.

But when Max is called for a ‘square go’, a fight by the school gates, he must wrestle with his own demons first.

A raucous, hilarious play about playground violence, myths of masculinity and the decision to step up or run. After a sell-out at the 2018 Edinburgh Fringe and an off-Broadway premiere this summer, Square Go is on UK tour this autumn. 7.30pm Tickets: £12/£10 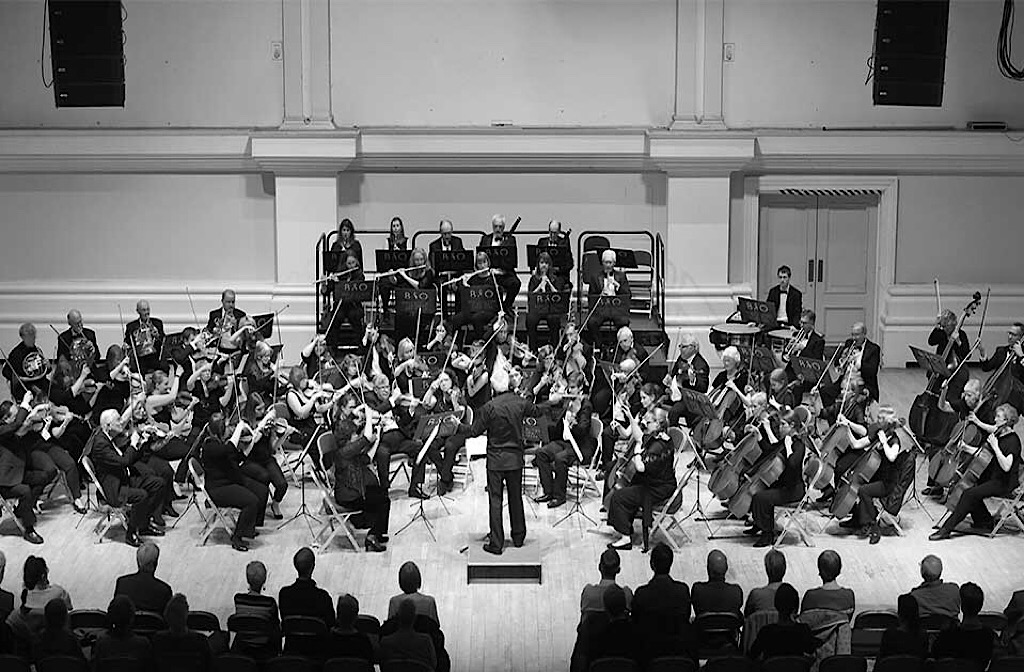 This Saturday at St Paul’s Church, Bedford Sinfoniawill be performing Pearls of Europe, their first concert of the season.

This is followed by a short, fresh and beguiling symphony by the undeniably talented Spanish composer Arriaga, who sadly died very young while studying at the Paris Conservatoire.

And then Mozart’s symphony No39.  – the first of his final three symphonies, all written during the summer of 1788. It is quite likely that Mozart never heard these towering masterpieces, the culmination of his symphonic output – so we are considerably more fortunate.  7.30pm Tickets: £13/£12/£5 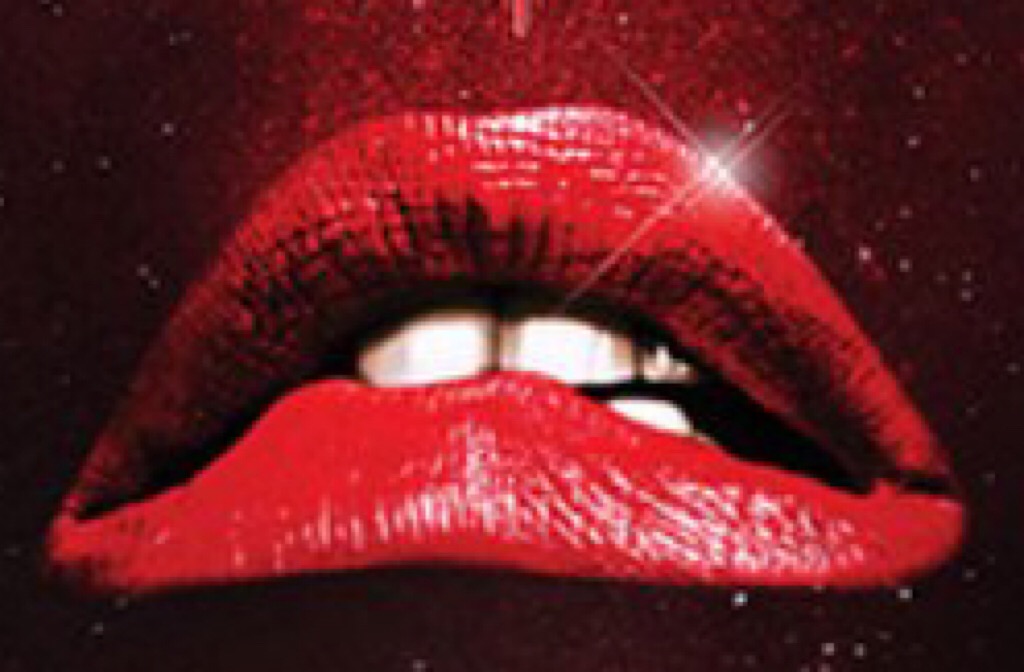 Enjoy a night of fun and games mixed with a cabaret performance of songs from ‘The Rocky Horror Picture Show’ whilst you enjoy a delicious 3-course meal. Fancy Dress Optional. DON’T DREAM IT, BE IT

Tickets £25 per person and include 3 course meal. 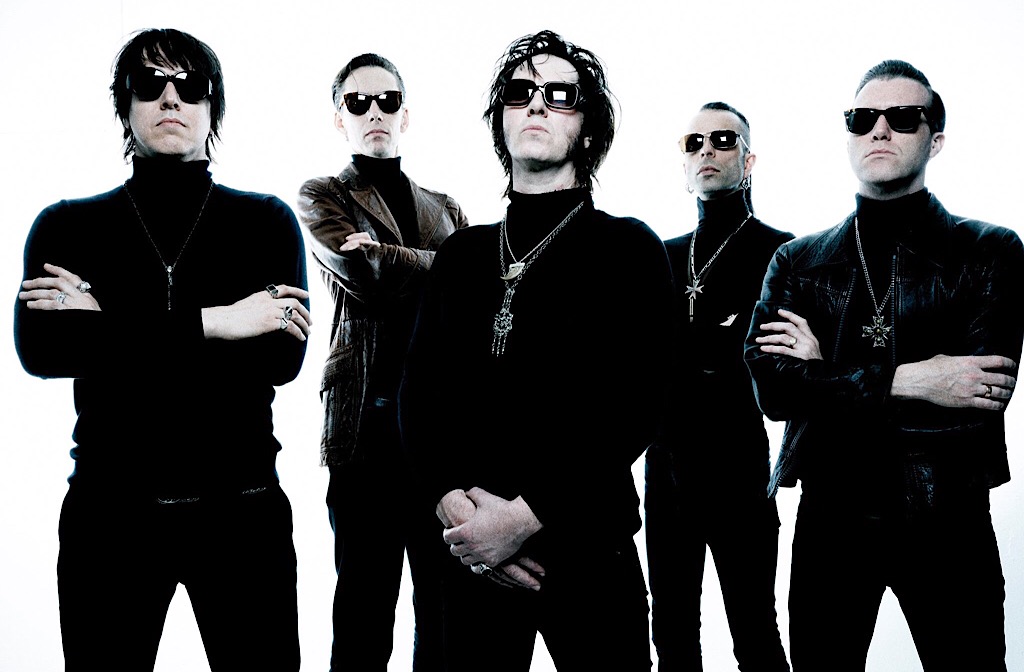 Jim Jones & The Righteous Mind return to Esquires after a long hiatus and in support of there second, critically acclaimed LP.

Support on the night comes from Kris Dollimore (ex Godfathers) and The Troubled Bones. 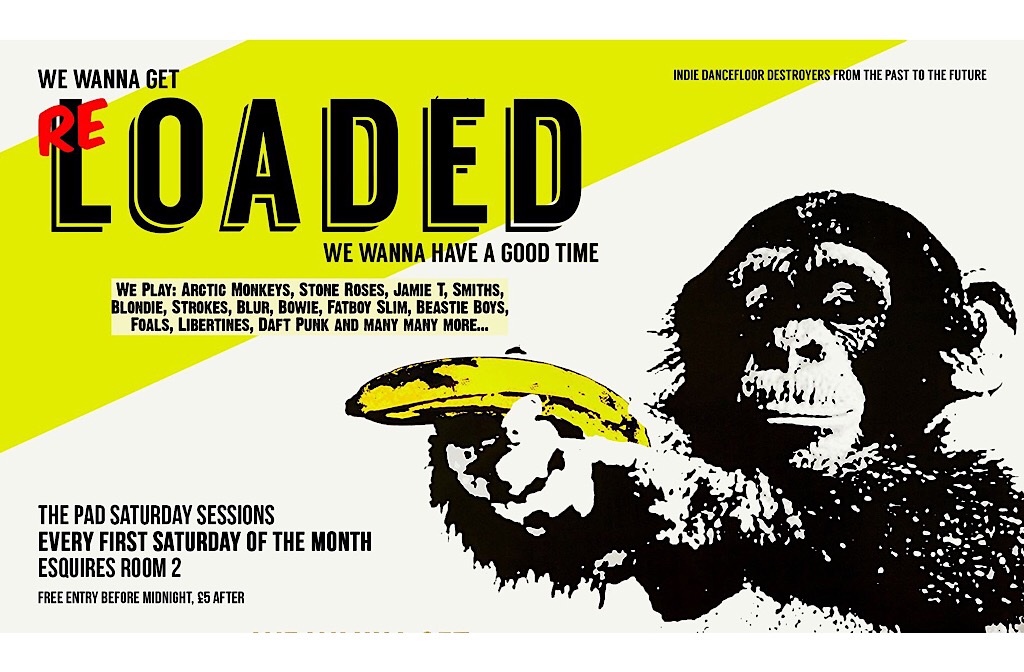 We wanna get Loaded – we wanna have a good time!

On what is the second year closing anniversary of the seminal Bedford nightclub, the team behind the Pad Saturday nights are back together for a monthly residency in Esquires’ brand new 200 capacity club space. 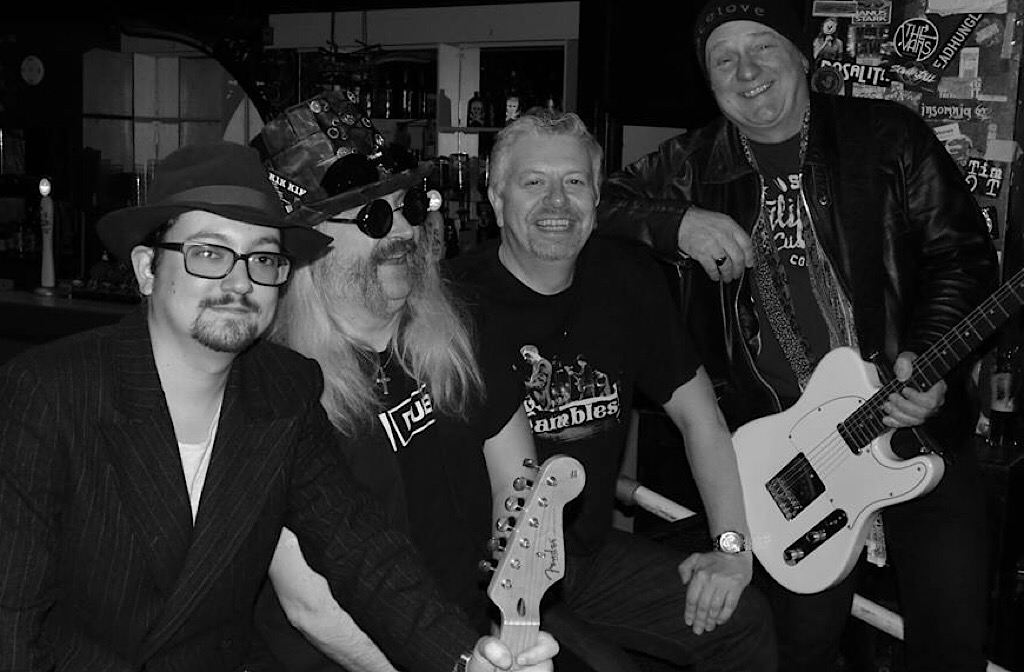 ​Firmly rooted in 60s/70s British blues but with influences ranging from the old blues to more recent US and British rock & blues, Thr3e do not try to fit into any ‘genre’.

They just write great songs about their world and play them from the heart and they’ll be at Esquires Sunday Afternoon Session this weekend. Entry free. 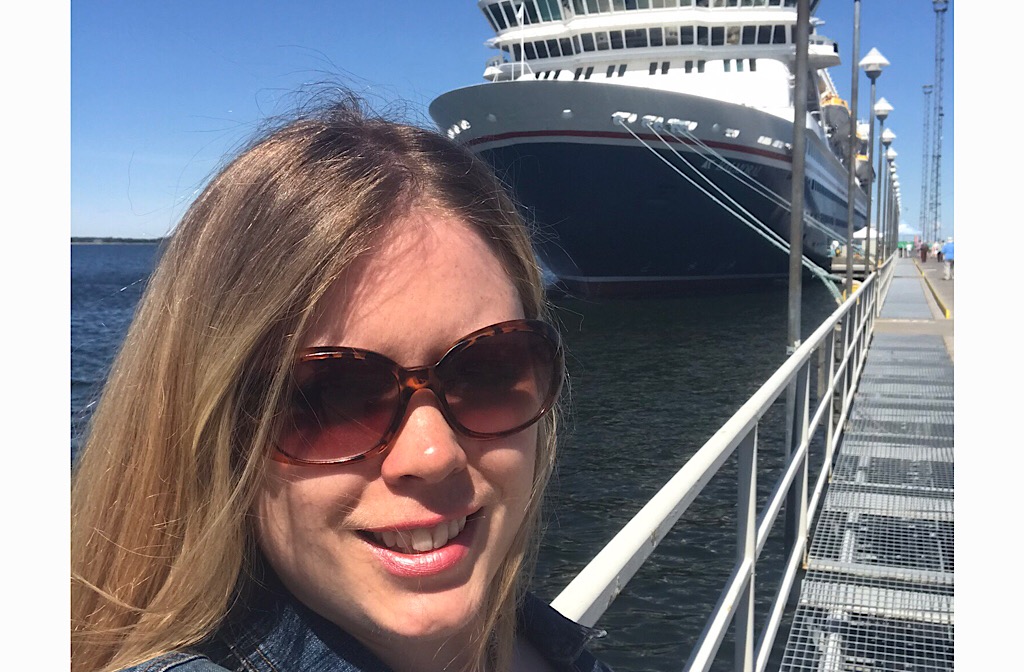 Select Travel’s cruise expert, Amy Wright will be on hand to offer advice

Select Travel’s highly popular annual Cruise Show is this Sunday at the Sharnbrook Hotel, including an ‘introduction to cruising’ for any cruise novices!

During the day, you will be able to meet with travel professionals from various cruise and river lines as well as Team Select. Entry is free, there are exclusive offers throughout the day and all styles of cruising will be covered. From 10.30am – 3pm 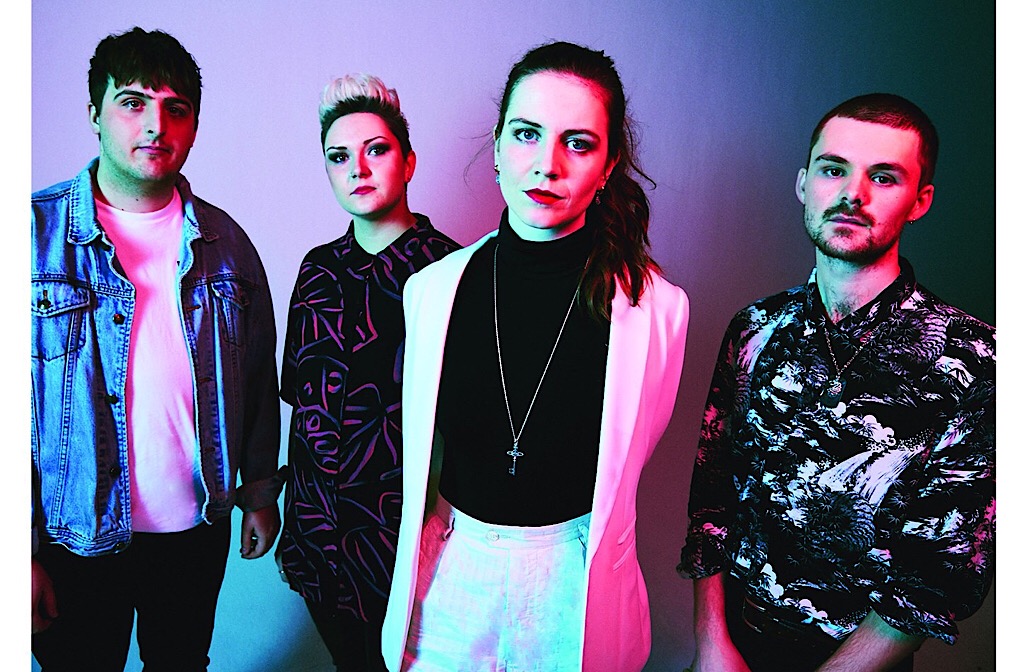 Another Sky are live at Esquires on Sunday. Following their jaw-dropping Jools Holland performance at the end of 2018, the team at Esquires are thrilled to have snared a show on their upcoming UK tour.

Your Bedford Weekend is in association with Explore Bedfordand the Bedford Clanger.