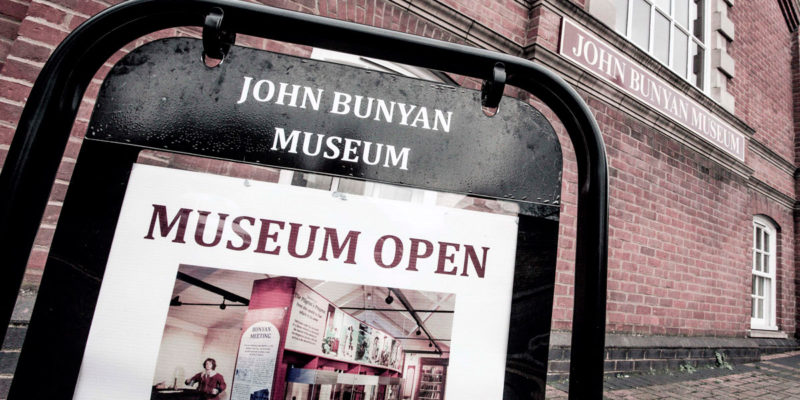 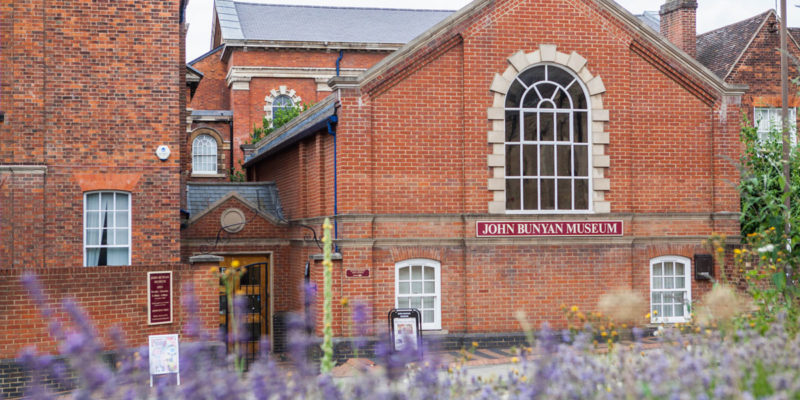 Visit our inspiring museum and discover the story of the Bedford man whose writings touched the world.

John Bunyan Museum tells the story of the Bedford man who wrote The Pilgrim’s Progress, one of the greatest novels in the English language, and one that has been translated into over 200 different languages and dialects. During his remarkable life John Bunyan was a soldier, tinker, preacher, and dissenter. He spent 12 years in Bedford prison for illegal preaching, and it was here that he was inspired to write his masterpiece
Imprisoned for his beliefs, as a prisoner of conscience, his books and personal example helped transform the way ordinary people worshipped, empowering them and their communities.

​From rural Bedfordshire to world-renown, from pulpit to prison, and from fiery sermons to tales of great beasts and giants – his life and times make for an amazing and colourful story.

The museum includes a mixture of sets and scenes highlighting key aspects if his life, and a wide selection of objects and examples of his works. The John Bunyan Library contains 3,000 books and is open by appointment to researchers.

Get Directions
Own or work here? Claim Now! Claim Now!